We are delighted to announce that some of the proceedings of this conference are being published in two volumes with Manchester University Press as part of their new series Racism, Resistance and Social Change – any queries about these forthcoming publications please contact the editors – thanks.

The Russian Revolution of 1917 was not just a world-historical event in its own right, but also struck powerful blows against racism and imperialism, and so inspired many black radicals internationally. This edited collection explores the implications of the creation of the Soviet Union and the Communist International for black and colonial liberation struggles across the African diaspora. The volume challenges European-centred understandings of the Russian Revolution and the global left and enables new insights on the relations between Communism and various black radical traditions – including Garveyism and various other strands of Pan-Africanism. The volume then makes a major and original intellectual contribution by making the relations between the Russian Revolution and the Black Atlantic central to debates on questions relating to racism, resistance and social change in ways which are politically and theoretically generative.

‘This ideologically diverse collection is uniformly well-written and exceedingly informative. The inescapable and unavoidable conclusion it renders is that the Russian Revolution of 1917 delivered a mighty blow against colonialism, imperialism and forms of apartheid alike. Simultaneously, by implication it blazes the trail and illuminates the way forward for those seeking to create a better world.’
Gerald Horne, author of Paul Robeson: The Artist as Revolutionary

Part II Spreading the Revolution Across the Black Atlantic
4 Bolshevism and African American agency in the African American Radical Press, 1917-1924 – Cathy Bergin
5 International Communist Trade Union Organisations and the call to Black toilers in the interwar Atlantic world – Holger Weiss
6 Firebrands, trade unionists and marxists: The shadow of the Russian Revolution, the colonial state, and radicalism in Guyana, 1917-1957- Nigel Westmaas
7 Racializing the Caribbean Basin: The communist racial agenda for the American hemisphere, 1931-1935- Sandra Pujals
8 The Left Book Club and its associates: The transnational circulation of socialist ideas in an Atlantic network- Matheus Cardoso da Silva

There is also a second volume, Revolutionary Lives of the Red and Black Atlantic since 1917, published in April 2022 edited by David Featherstone, Christian Høgsbjerg and Alan Rice as part of the same series.

This volume explores the life histories of a wide range of radical figures whose political activity in relation to the black liberation struggle was catalysed or profoundly shaped by the global impact and legacy of the Russian Revolution of 1917. Detailed engagements with the political trajectories of figures including C.L.R. James, Paul Robeson, Walter Rodney and Grace P. Campbell opens up a set of diverse perspectives and engagements with different articulations of black internationalisms in the wake of the Russian Revolution. This enables a focus on the different and contested terms on which these relations were shaped, negotiated and lived. Such a biographical approach brings a vivid and distinctive lens to bear on how racialized social and political worlds were negotiated and experienced, and also on historic black radical engagements with left political movements and organising.

Introduction: A galaxy of stars to steer by – David Featherstone, Christian Høgsbjerg and Alan Rice

‘This luminous collection brings several revolutionary lives to its pages to show us how these figures both experienced and shaped the world around them. The legendary figures whose stories are told here, many of them central to the black radical tradition, emerged at the intersection of the “Red” and “Black” Atlantics. Their lives and struggles offer us rich visions of possibilities and solidarities beyond the confines of the nation-state which are needed now more than ever. This book is an invaluable resource for such hopes and dreams.’
Priyamvada Gopal, Professor of Postcolonial Studies, University of Cambridge

Dr Cathy Bergin’s keynote address from The Red and the Black conference was filmed and the video is now available to view at the link below:

Many thanks to all the participants, presenters, performers, keynote speakers and the organisers who made this such a brilliant event!  We will add details of any publications arising from this conference to this website in time, but for now here are some photos from the event below (and with thanks to Lubaina Himid and Ken Olende for some of the photos – and with apologies for the poor quality of the others).

A poetry reading from Olga Tabichnikova

Songs of significance from David Rovics 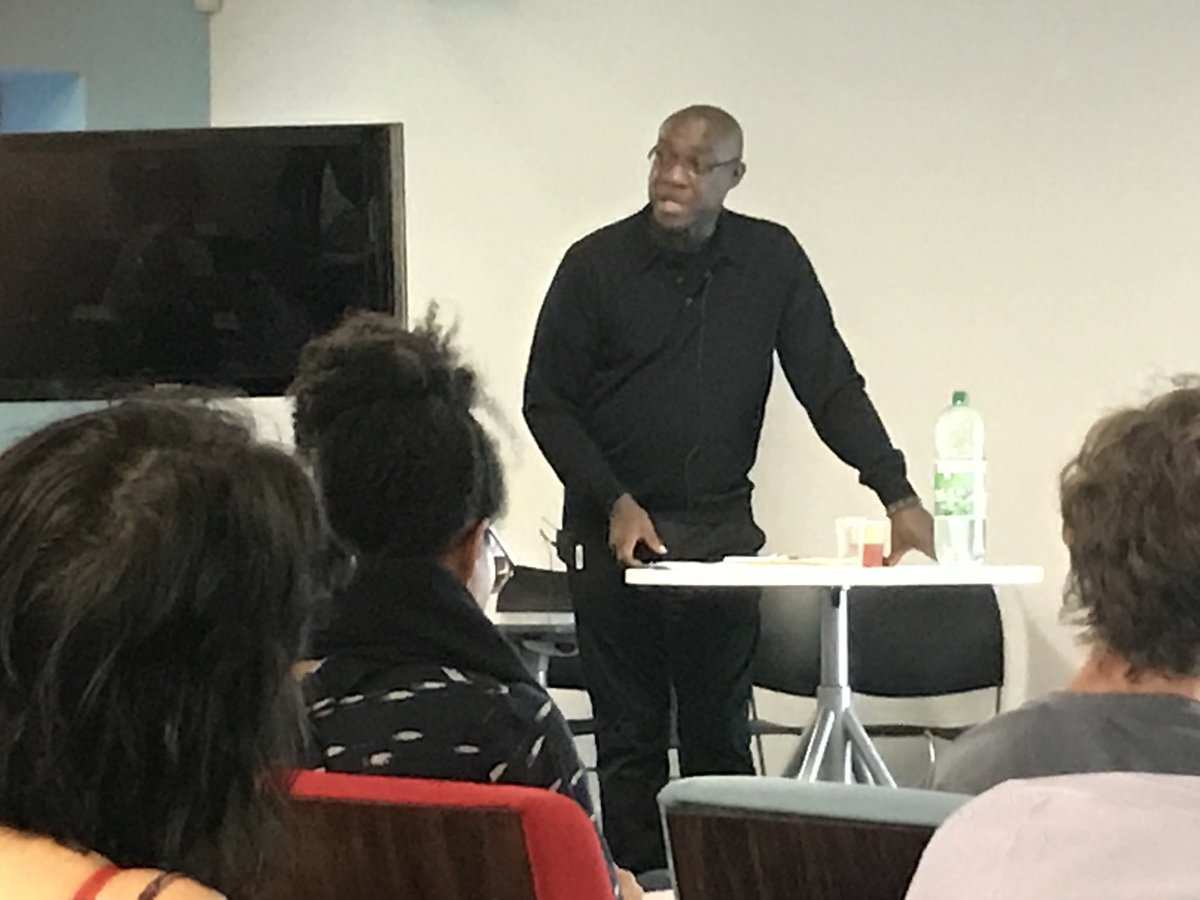 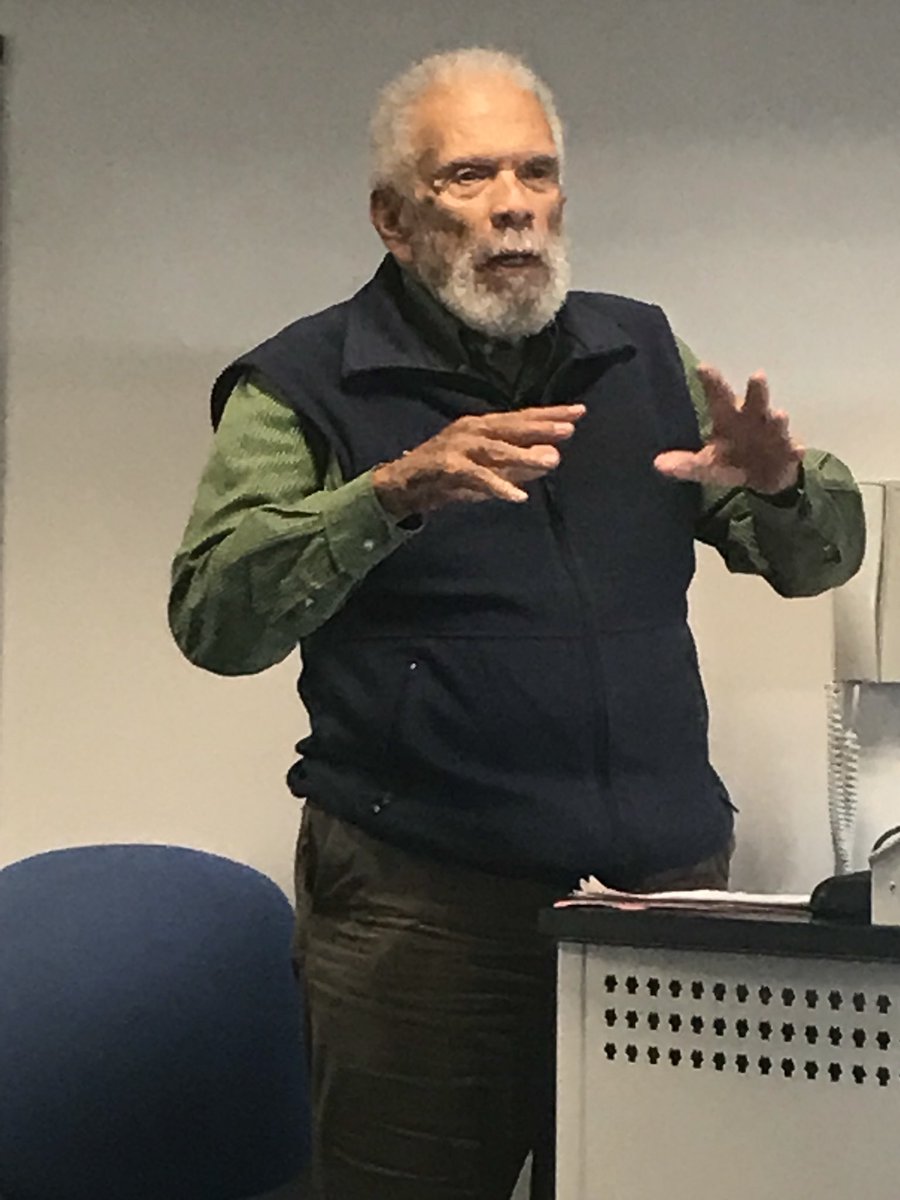 Harold D Weaver speaking on African students in the USSR 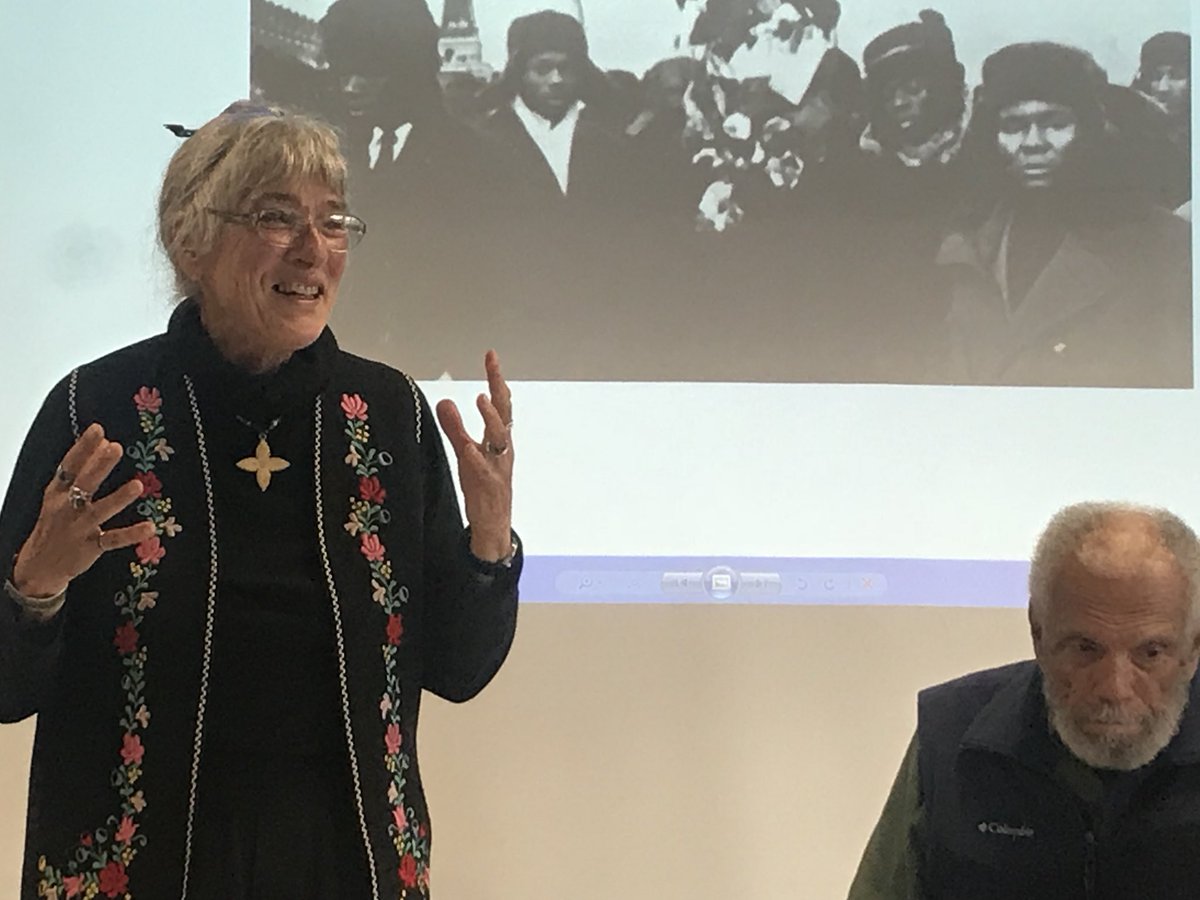 Cathy Bergin on ‘Bolshevism and the African American Radical Press’ 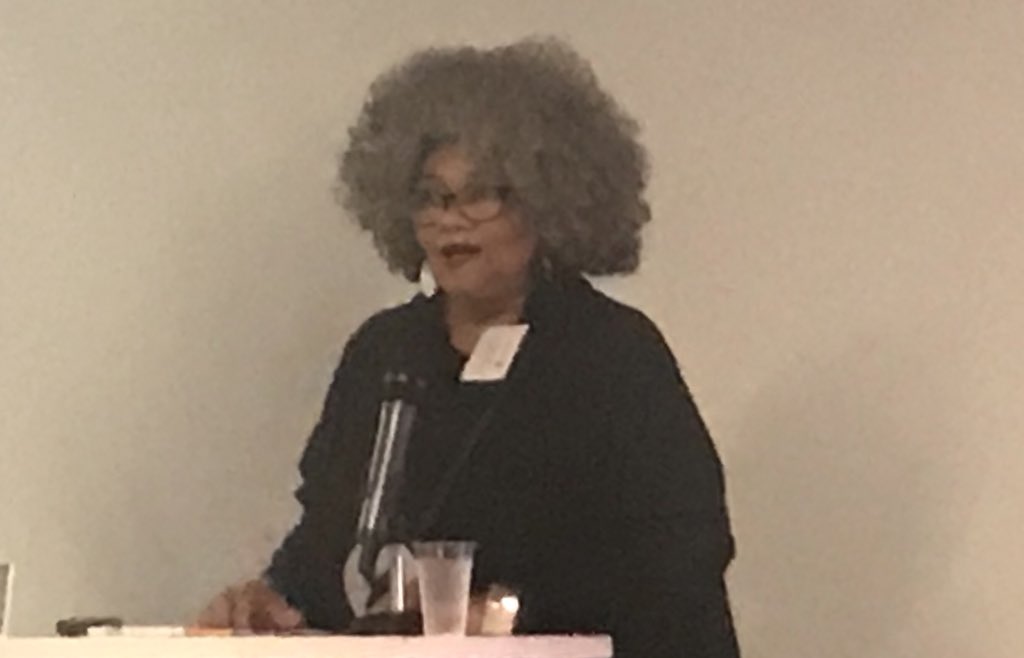 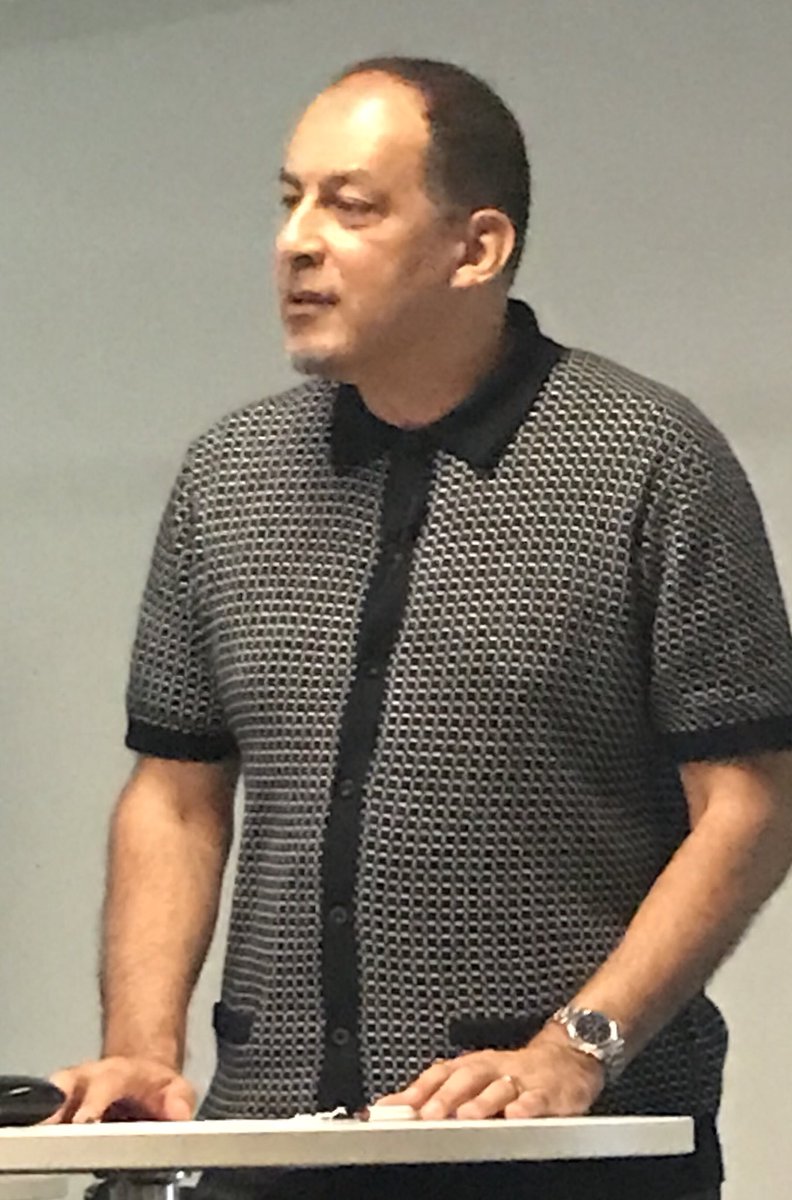 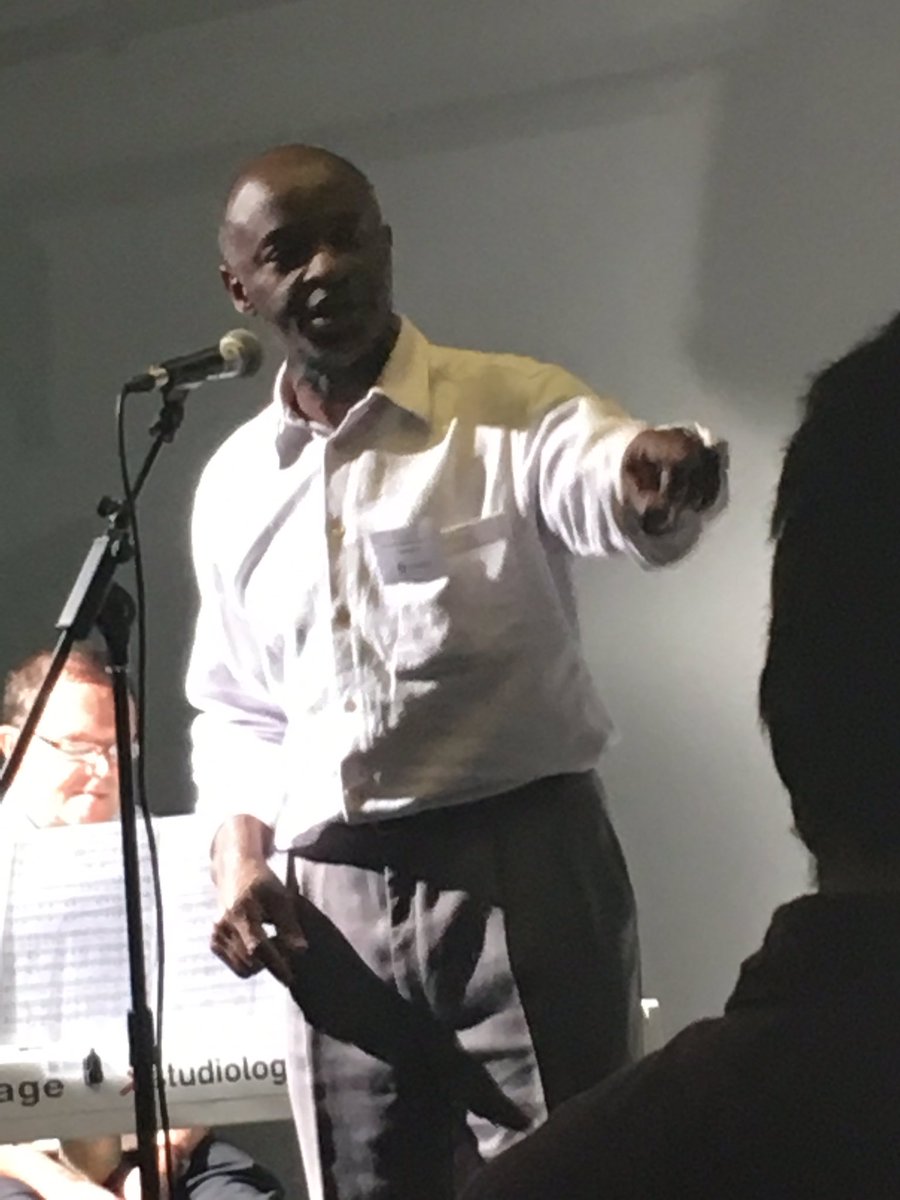 Theresa Saxon and Lisa Merrill on Paul Robeson and the USSR 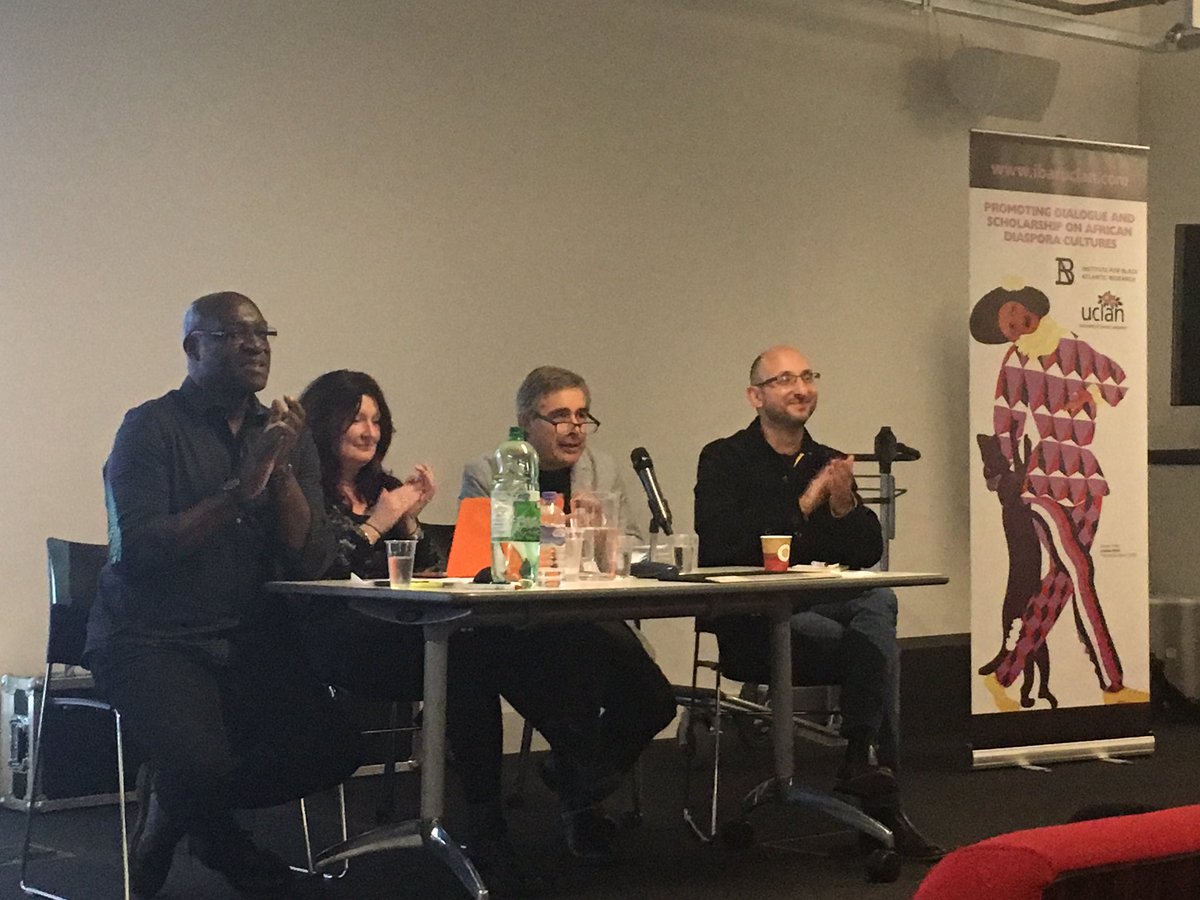 We would like to inform you that the registration website for the conference is now up and running – and we are very happy to confirm that alongside keynote addresses from Prof Winston James (University of California, Irvine), Dr Cathy Bergin (University of Brighton) and Prof Hakim Adi (University of Chichester), there will also be special performances from Linton Kwesi Johnson, Tayo Aluko and David Rovics.

For advice on accommodation in Preston near the University please see this link:

We would also like to take this opportunity inform people that, thanks to funding from the Lipman-Miliband Trust, we have a number of bursaries for postgraduate students. If you know students who would like to participate please let them know that they can apply for a bursary to cover the cost of two-night accommodation and conference fee, up to £300. The deadline for applying is 22 September 2017. This offer is valid for all post-graduate students in the UK and from abroad. Please send your applications to Izabella Penier –  ipenier@uclan.ac.uk.

People can download a copy of the provisional programme of the event via this link:

Conference to be held at the Institute for Black Atlantic Research (IBAR), University of Central Lancashire, Preston, 13-15 October 2017, to mark the centenary of the Russian Revolution.

As well as a keynote address from Professor Winston James, University of California, Irvine, we are delighted to add that there will be two other keynote speakers at the conference:

Plus there will be special performances from Linton Kwesi Johnson (invited),  David Rovics and now also Tayo Aluko

We hope to have a provisional programme and details of registration ready soon.

Many thanks to all who have submitted proposals for ‘The Red and the Black’ – while we are in the process of putting together a provisional programme for the conference and giving more details about the event, registration and so on, in the meantime here is a trailer for what looks like a fascinating forthcoming documentary ‘Black Russians – The Red Experience’.

Conference to be held at the Institute for Black Atlantic Research (IBAR), University of Central Lancashire, Preston, 13-15 October 2017, to mark the centenary of the Russian Revolution.

Claude McKay addressing the Fourth Congress of the Comintern, Moscow in 1922.

‘Every Negro who lays claim to leadership should make a study of Bolshevism and explain its meaning to the coloured masses. It is the greatest and most scientific idea afloat in the world today…’
– Claude McKay, 1919.

The Russian Revolution was not only one of the most critical events of the twentieth century in its own right but an inspirational event across the ‘black Atlantic’ as a blow against racism and imperialism.  For colonial subjects of European empires internationally as well as black Americans, the Russian Revolution promised the hope of a world without oppression and exploitation.   This conference aims to build on the growing scholarship and literature in this area  (for example, African American Anti-Colonial Thought, 1917-1937 edited by Cathy Bergin; Blacks, Reds and Russians: Sojourners in Search of the Soviet Promise by Joy Gleason Carew; Framing a Radical African Atlantic: African American Agency, West African Intellectuals and the International Trade Union Committee of Negro Workers by Holger Weiss; Pan-Africanism and Communism: The Communist International, Africa and the Diaspora, 1919-1939 by Hakim Adi) to explore the impact the revolutionary events in Russia during 1917 made across the African diaspora and the subsequent critical intellectual influence of Marxism and Bolshevism on the current of revolutionary ‘black internationalism’ in its aftermath.  We are also interested in exploring how the leaders of the Russian Revolution viewed Africans and people of African descent – the so-called ‘Negro Question’ in Communist discourse.

We are interested in thinking about the relationship between the Russian Revolution and the ‘black Atlantic’, so proposals of papers particularly relating to thinking through how the Russian Revolution fits with the category of the black Atlantic – and Atlantic history and Atlantic studies more broadly – would be particularly welcome.  We would welcome proposals of papers around the following suggested themes, or anything else that was suitable: